Breaking News
Home
Behind The Bar 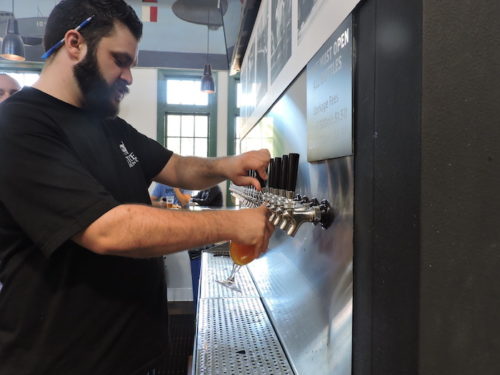 Behind the Bar: Justin Stubbs of Stone Brewing and Bottlecraft Liberty Station

We continue forward with our mission to introduce the many wonderful beer loving humans serving up suds on the daily. Today, we introduce Justin Stubbs.

Stubbs has been working in the service industry for a whopping 12 years, and in the beer industry for 6. Stubbs brought that knowledge down to the San Diego area when he moved here a little over 7 months ago from the Bay Area. He began his SD beer career as a sales rep with California Craft Distributors. A distribution company that works with well established breweries such as Monkish Brewing, Paradox Beer Company, El Segundo Brewing and more! Working in sales allowed Stubbs to tour around the San Diego area and meet some of the awesome human beings that work in the industry. Through these connections Stubbs was able to land some pretty sweet bartending gigs, planting his lovable personality in the booming beer mecha that is Liberty Station. 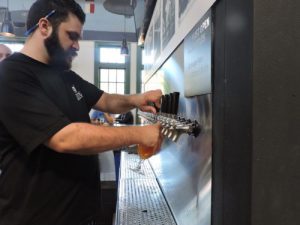 Stubbs works at both Stone World Bistro and Gardensand Bottlecraft Liberty Station, choosing to leave his sales rep job to focus on honing his skills behind the bar. Much of this decision comes from Stubbs wanting to learn as much as he can about the operations that go into running a craft beer bar, which is the ultimate dream for Stubbs. He mentions Manhattan Bar in Chula Vista as a big source of inspiration, taking a classic dive bar and slowly integrating craft beer while still holding true to the original identity.

Stubbs credits his love for the craft with the people involved in the industry. The friendships developed over a pint of beer, the willingness to educate one another and the ability to spread crafty knowledge with the public. His advice for those trying to enter the craft beer world; have the passion, the charisma and the knowledge. With these three things, you will go far!

If you would like to bug Stubbs while he works the bar you can catch him at Stone Liberty Station weeknights and on the weekends or at Bottlecraft Liberty Station Monday – Thursday during the day! He’s kind of a workaholic…