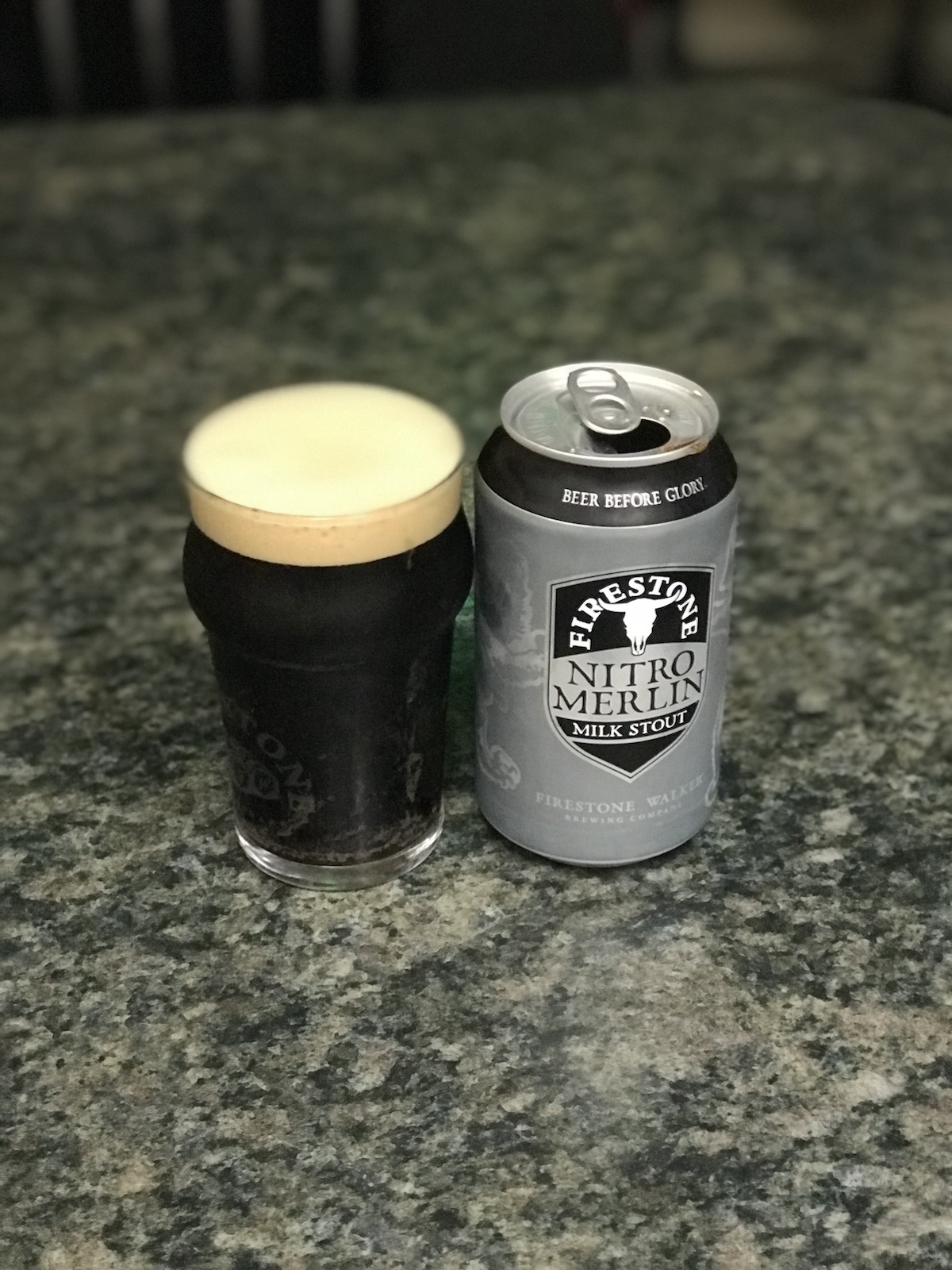 I was sent this little gem from Firestone Walker and while I am huge fan of Nitro Beers, this was my first experience in having a craft beer on nitro from a can. My first and only recommendation is follow the directions on the can to “Master The Surge Pour”:

“To enjoy this beer to the fullest, you want to master the surge pour. Just invert the can three times, then pour hard into the glass. This way, you can experience the “theater of the pour” with a brilliant cascading effect and a creamy foam that makes drinking Nitro Merlin Milk Stout all the more delicious. “

The beer pours a thick dark black as the night color with a 1/2 inch off white creamy nitro-laced head. The cascade effect is simply mesmerizing while the smell and flavor is both equally prominent on the nose as well as the taste.

The taste itself is very forward and heavy on the lactose which adds a upfront but balanced sweetness to the pour, and although the beer was poured ice cold, when the beer finally warmed up, the sweetness from the lactose was further accentuated with caramel, chocolate and a coffee smell.

I appreciate the effort Firestone Walker took on crafting this beer and at 5.5% it’s very easy drinking and packs a huge flavor profile. This is the perfect dessert beer and although its sweetness is very pronounced this beer is also equally drinkable by itself.