Lompoc Brewing recently took home a Gold Medal for its Lomporter Premium Northwest Porter at the 2018 Great American Beer Festival® in Denver, Colo. The Portland brewery will celebrate its historic win with a Lomporter Lomparty on Friday, October 26, from 4pm to 10pm at Sidebar, Lompoc’s barrel tasting room located at 3901 N Williams Ave. The event is for ages 21 and up.

At 7pm, Lompoc owner Jerry Fechter and Head Brewer Bryan Keilty will oversee a cake cutting ceremony featuring a rich chocolate cake made with Lomporter, with complimentary slices for attendees.

Guests who wear black in honor of the occasion will receive a gratis raffle ticket; there will be several drawings for a number of Lompoc prizes. The event will also offer Lomporter six packs for sale, with one six pack featuring a hidden gold coin. The lucky purchaser who finds the gold coin will win a brew day at Lompoc Brewing. Attendees can also visit and take photos with Lompoc’s cast of mascots, including Geraldo Brewvana and Sir Pamplemousse.

Lomporter is a classic robust porter that offers a creamy taste of dark chocolate complemented by dark cherry and hints of coffee. Brewed with dark wheat, rauch, and chocolate malts, this beer strikes a fine balance between heavy and light. It’s robust enough to sip, but smooth enough to have another. It comes in at 6.4 percent ABV and is available in 12-oz. cans and on draft.

Lomporter won its gold medal in the robust porter category, out of a total of 91 entries. This marks the second GABF medal win for Lompoc; the Portland brewery took home a silver for its classic Proletariat Red in 2015. 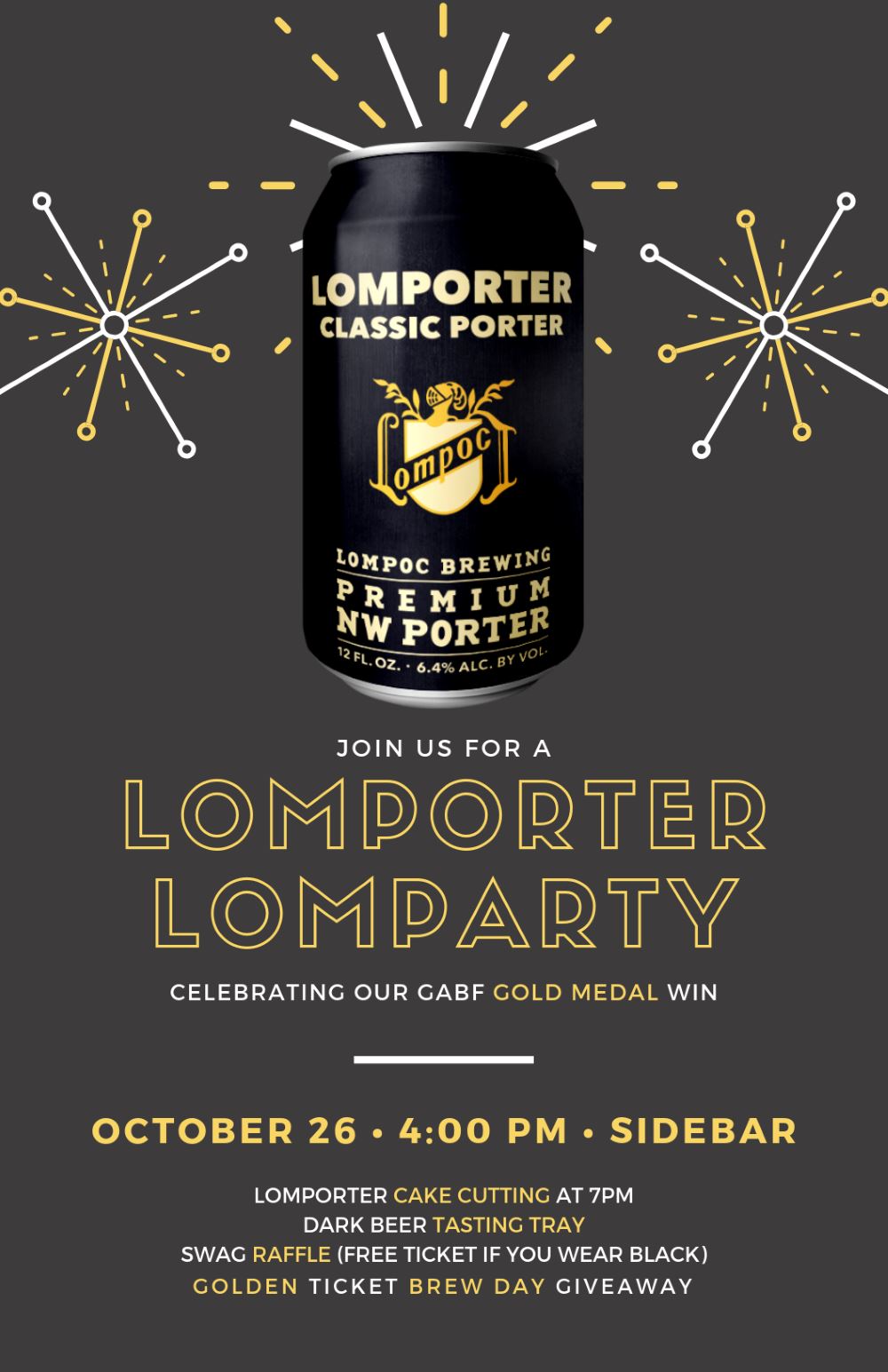 About Lompoc Brewing
Established in 1996, Lompoc Brewing is a longtime Portland favorite that brews eight year-round beers and an ever-rotating lineup of seasonals. You can find Lompoc in bottles, cans and on draft at locations throughout Oregon and Washington, and at its three Portland neighborhood pubs: 5th Quadrant and Sidebar in North Portland, and Oaks Bottom in Southeast. Lompoc beers are proudly brewed in #LompocOregon, a state of mind. For more information, visit LompocBrewing.com and follow @LompocBrewing on social media.

Be sure to follow us on Social Media as we invade more breweries and discover more awesome craft beers from all over the world! Cheers humans!