Brewer’s Marketing, a Boca-Raton-based developer of custom mobile apps for the craft brewing market, continues its expansion with two new Beer Trail apps, one for the Vermont Brewers Association and the other for the Massachusetts Brewers Guild. In addition, the Ohio On Tap app, created by Brewers Marketing for the Ohio Craft Brewers Association, earned the prestigious RUBY award from the Ohio Travel Association for outstanding innovation in marketing destinations, experiences, or services.

Brewer’s Marketing’s apps are designed to help craft beer aficionados discover and engage with breweries in their area. With the apps, branded and customized for each local guild, users can follow a self-guided beer trail map, check in with local breweries, earn loyalty points at selected breweries, and see the offerings at upcoming beer festivals. Participating breweries can upload information such as logos, hours of operation, beers on offer, and more.

“The Ohio On Tap app that Brewers Marketing developed for the Ohio Craft Brewers Association (OCBA) has drawn rave reviews from users,” said Justin Hemminger, head of communications for the OCBA. “The app has proven to be among the best methods of fostering public engagement that we have implemented so far.”

The Vermont Brewers Association is looking forward to similar success with its upcoming Vermont Brewery Challenge/Vermont Craft Beer App, according to Melissa Corbin, the association’s executive director. With the app, users will be able to check into participating brewers via geolocation and redeem prizes for visiting multiple breweries, as well as search for favorite beer varieties and rate beers. In addition, the app will have social functions allowing users to take and share branded selfies. “Our ultimate goal is to drive traffic into the taprooms of our members and educate consumers,” Corbin said.

The positive experiences of the OCBA and other Brewers Marketing clients were the key reason both the Massachusetts Brewers Guild and the Vermont Brewers Association chose Brewers Marketing to create their apps. “We reviewed six proposals in total, all offering different solutions to address our request,” said Katie Stinchon, executive director of the Massachusetts Brewers Guild. “We selected Brewers Marketing because they have already successfully launched mobile applications in NY State, Ohio, Nevada and Washington, and come highly recommended by their state’s executive directors.”

Adopting a new technology can be stressful for businesses, but Brewers Marketing was praised for making the process simple and transparent. “The team at Brewers Marketing handled every feature request, every deadline with professionalism and proficiency,” Hemminger said. “The technical support they provide is the real power and value behind the success of the Ohio On Tap app.” 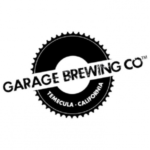