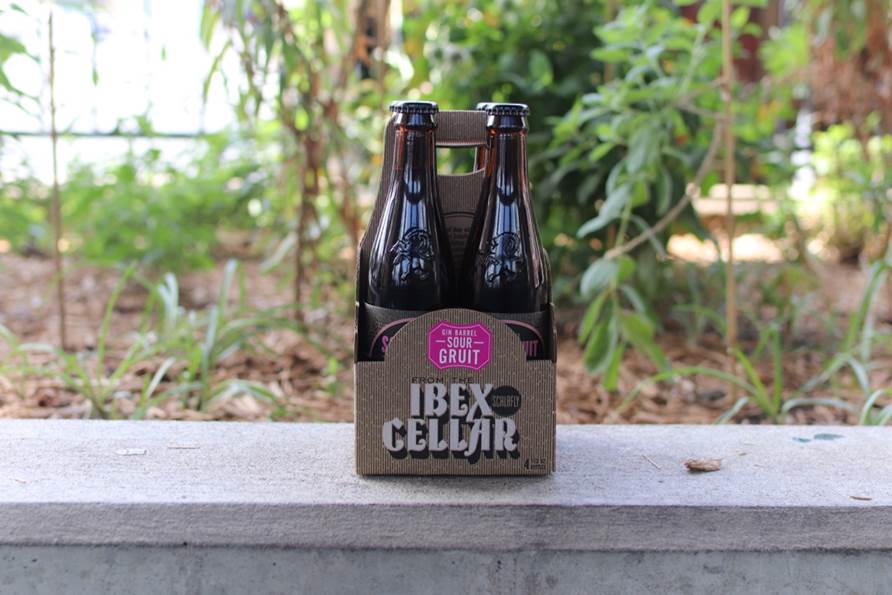 Schlafly Beer, the original, independent craft brewery in St. Louis, introduces a new beer in the “From The Ibex Cellar” series: Gin Barrel Sour Gruit (6.5% ABV). With a taste of tart, spice and an assertive arrangement of botanicals, the latest release showcases an innovative take on an ancient brewing process – a beer without hops. After brewing, the gruit is aged in gin barrels in the Ibex Cellar, the exclusive room beneath the historic Schlafly Tap Room in downtown St. Louis. Schlafly’s From The Ibex Cellar Gin Barrel Sour Gruit is available now at the Schlafly brewpubs (Schlafly Tap Room and Schlafly Bottleworks) as well as in very limited release across Schlafly’s distribution.

A combination of juniper, marigolds, chamomile, and lemon & orange peel help form the foundation of the brew. These spices and botanicals are added to the mash and at the end of the boil to showcase the best blend for the overall flavor profile.  After the gruit has been brewed, it ages in gin barrels for nearly four months – infusing spice and warm notes of vanilla, caramel, oak and smoke into the brew.

“Our brewing team takes the unique flavor profile a step further by aging the gruit. This is the first time that we’ve experimented with aging in gin barrels, and the complementary botanical notes in the spirit of gin make for a perfect vessel to age the beer with a similar flavor profile,” says Founding Brewer Stephen Hale.

The “From the Ibex Cellar” collection was first launched in 2016, and this year’s series includes: Local Oak Ale, Barrel-Aged Imperial Stout, Imperial Coffee Stout, Barrel-Aged Saison, and one final release this winter.  Each carefully crafted brew has a unique character from the techniques, ingredients, and aging process it takes for creation. Like the others in this series, the glass bottle features an embossed majestic symbol of the Ibex and the packaging mimics the striking architecture of the Schlafly Tap Room’s building from the pitches and peaks to the arches that hold up the cellar below.

Schlafly’s From The Ibex Cellar: Gin Barrel Sour Gruit is available now at the Schlafly brewpubs for a suggested retail price $17.99. For more on Schlafly Beer’s distribution,

About Schlafly Beer:
Schlafly Beer, the original, independent craft brewery in St. Louis, proudly brews over 60 unique styles of beer. Each is handmade at the Tap Room in Midtown St. Louis or Schlafly Bottleworks in Maplewood. Schlafly also works with local suppliers for everything from farm-fresh food to packaging and labeling. As part of its commitment to sustainability, Schlafly donates spent grain to local farmers to feed their livestock and utilizes 100% renewable energy throughout its operations. The Missouri-owned-and-operated beer maker offers free tours of the Tap Room (2100 Locust Street) every Sunday from 12:30 p.m. to 4:30 p.m. on the hour and Schlafly Bottleworks (7260 Southwest Avenue) from noon to 5 p.m. every half hour on Fridays, Saturdays and Sundays. The brand continues to define craft across 14 states and throughout countless fine establishments, backyards and basement bars. Join us at either of our locations and on Facebook, Instagram, and Twitter. For a full listing of seasonal and year-round beers and for information on distribution, visit Schlafly.com.