Summer is in full swing and we have a lot happening at Breakside this month and into September.  More in-state collaborations with Upright Brewing and Pelican Brewing along with additional releases of @Portland IPA.  Breakside Brewery will close out the month with Fresh Hop Beers.  Available in CANS for the first time! Please take a look below to find out when everything is releasing! Breakside Brewery wishes everyone a safe and healthy rest of Summer.  Cheers! 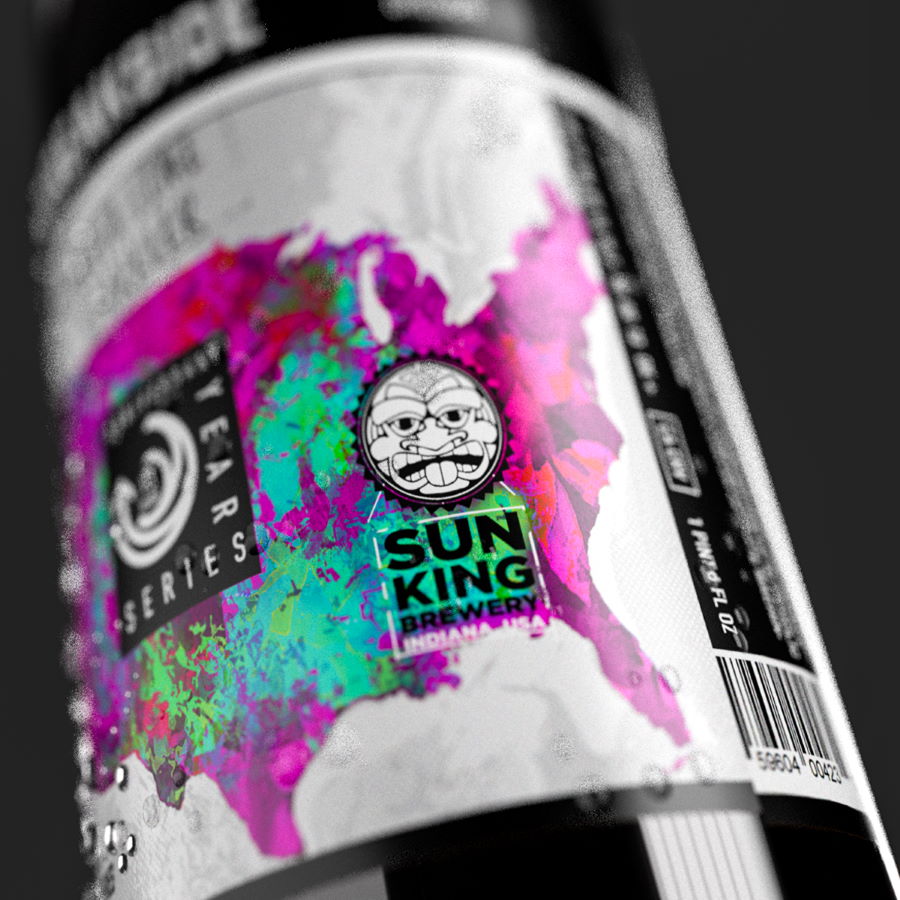 Guava Lime Sparkler – 10-Year Anniversary Series
A fruited sour ale blended with a housemade club soda
Collaborator: Sun King Brewery – Indianapolis, IN
Breakside Brewery’s sixth out-of-state collaboration is with Sun King Brewing from Indianapolis. How did they manage to collaborate given the current times that we are in? They virtually collaborated on this new summer beer. They married their breweries’ interest in fun and playful beers to create this Sparkler. What is a Sparkler exactly? It’s a fruited sour ale blended with a housemade club soda. They employed their tried-and-true process for making a dry, tart, and textural sour beer and then designed a bespoke club soda (don’t call it a seltzer!) to make the beer drink more like a refreshing summer cocktail. If ‘beer cooler’ is a thing, this is it: with big additions of guava and lime zest, they’ve imbued this with bright tropical and citric notes. Kick back, relax, and enjoy this unheralded summer of 2020.
ABV: 5.2%
IBU: 5
UPC: 859604088

Five Flavors – 10-Year Anniversary Series
Collaborator: Upright Brewing (Portland, OR)
Breakside Brewery’s fifth in-state collaboration for their 10th anniversary is one that is particularly special to them. For the last eleven years, Upright Brewing has set the standard for excellence in brewing in Portland with its focused, eclectic, and thoughtful beers. For this collaboration, Breakside Brewery looked to Upright’s early days and used the infamous French Saison yeast that typified their first beers. The beer Breakside Brewery made began its life as a relatively straightforward farmhouse ale using some rich and bready heirloom pale and pilsner malts from California’s Admiral Malting, and added magnolia berry in the whirlpool for some delicate floral, bitter, and sour notes. Then, the beer underwent a second fermentation using lager yeast, with the goal of mellowing the farmhouse yeast profile and tightening up the beer. The result is a hard-to-classify beer that’s refreshing like a pale lager and dry and rustic like a classic saison. This is the sort of idiosyncratic beer that both Ben and Alex love: quirky, technically challenging, highly drinkable, nuanced, and layered. Breakside Brewery hopes you agree!
ABV: 6.1%
IBU: 29
UPC: 859604004378

Whirligig Wheat
A Wheat Ale with Orange and Rhubarb
Collaborator: Pelican Brewing (Pacific City, OR)
Breakside Brewery’s sixth in-state collaboration for their 10th anniversary is with Pelican Brewing Co, a true institution of the Oregon Coast and one of the luminaries of the Oregon beer world. For the past quarter century, Pelican has been the standard bearer for excellence in Oregon beer. With more GABF and World Beer Cup wins than any other brewery in the state, they have produced refined, clean, eminently drinkable, delicious, and exactingly precise beer under the leadership of longtime brewmaster Darron Welch. Whirligig Wheat is the result of these efforts. It’s a satiating, unfiltered wheat beer that harkens to classic summer beers from great breweries worldwide. It is brewed with a fruity yeast strain and gets a jolt of bright citrusy tartness from a large addition of both orange and rhubarb late in fermentation. Breakside Brewery bets it’s been a blue moon since you’ve had a new wheat beer this delicious, nuanced, and refreshing!
ABV: 5.4%
IBU: 26 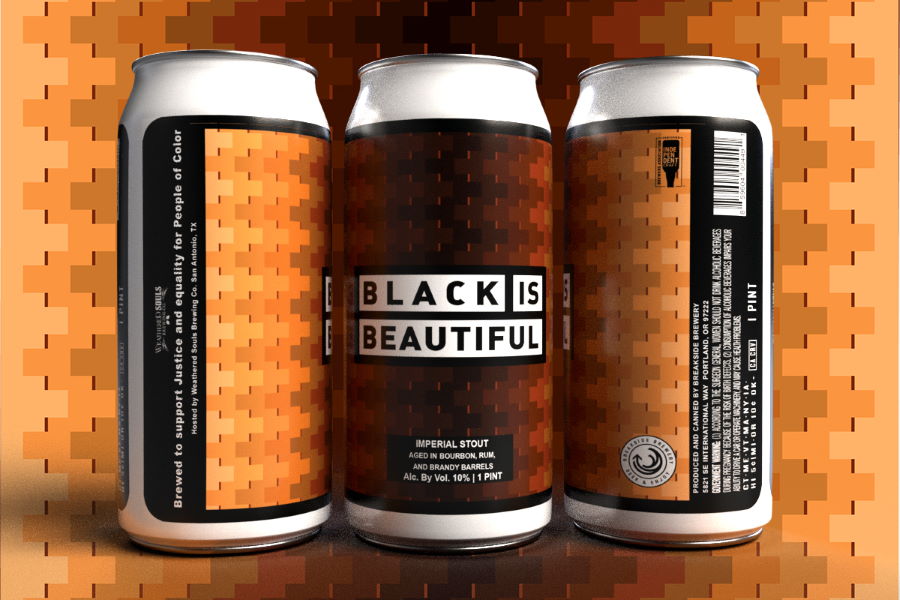 Black is Beautiful
Breakside is excited to announced that they will be participating in the Black is Beautiful initiative.  The beer should be available in their pubs and taproom starting around August 15th. 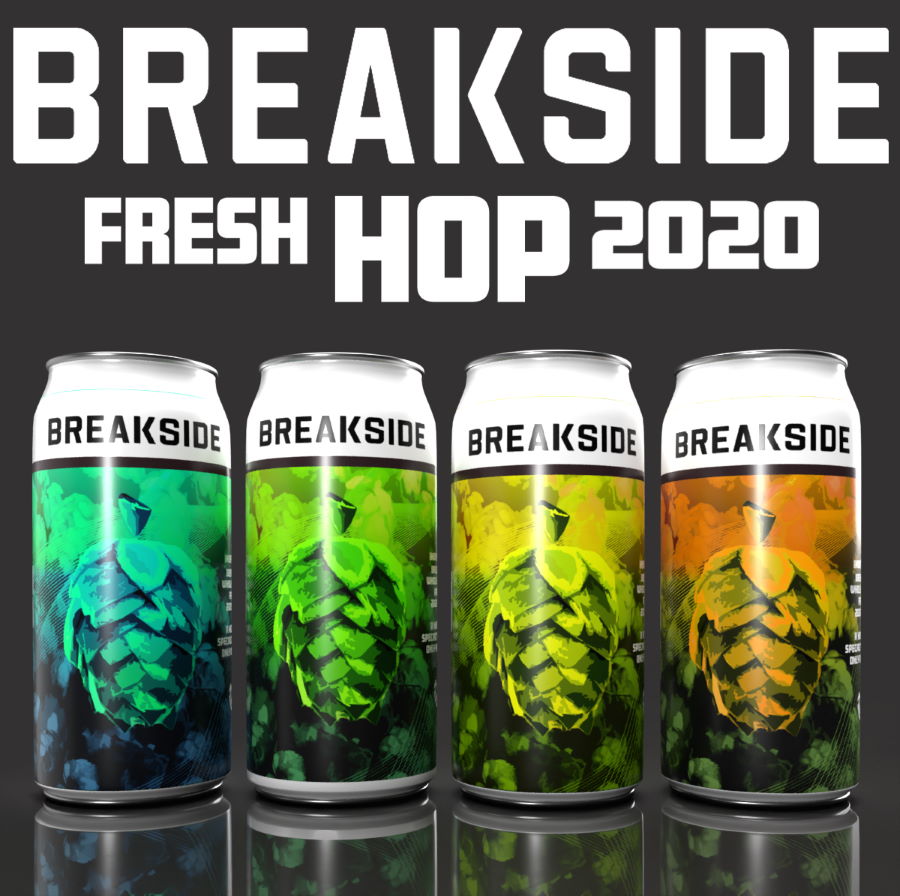