Home Behind The Bar Behind the Bar: Tanya Schroeder of Second Chance Beer Company!

Behind the Bar: Tanya Schroeder of Second Chance Beer Company!

Let us continue our quest of shining a light on the many humans that make up the industry that we all love so much.

Today humans, we introduce you to a woman who wears many hats……a traveler of planet earth, bendy human (or yogi), self-proclaimed 5-star mopper, craft beer evangelist and as of late, Tasting Room Manager at the acclaimed Second Chance Beer Company! Who is this woman you may ask? Well, she is none other than Tanya Schroeder.

The list below details what makes Tanya tic, her favorite brews, how to stay healthy in a sometimes not so healthy career, and where she plans to take her next adventure before “Trump fucks shit up”.

How did you get your start in the beer industry?

My official start in the industry began as the Events and Tap Room Manager at Tap It Brewing Company in San Luis Obispo.  Though it was a short-lived venture, it did give me the experience and necessary resume padding to move on and up. Other than Tap It, all my experience has been self-taught; exploring breweries, tasting beer (of course),  and hosting brewery tours at my previous job with USA Hostels in San Diego!

It may sound cheesy but getting this job at Second Chance is truly my second chance in the beer biz! It has always been extremely important for me to work with people I respect, so when it came time for my interview I ended up grilling the team as much as they grilled me!  In the end, our values aligned and I knew it was going to be a great fit. The Second Chance team is extremely charitable, working with various organizations in their community such as Second Chance Dog Rescue and donating funds for the Pink Boots Scholarship fund!  Another reason I wanted to join the Second Chance team was Marty Mendiola and his dedication to creating quality beer.  I figured it was probably important that I enjoy the beer we make!

When you’re not slinging brews and taking names what are you doing?

I’m a real salty dog so any chance I get to jump in the ocean I take it. Getting outside is so important.  We live in San Diego with access to amazing hiking trails and beaches, so I definitely try to take advantage of that. I also love cooking, crafting beer pairings and traveling!  My biggest tip for anyone reading would be to take a solo trip at least once in your life.  To be out of your comfort zone in a foreign land is a learning experience you won’t get anywhere else. My next trip is Cuba (which as this article is being published has since been accomplished!!)

Yoga is also currently a big part of my life.  I am helping promote the Yogathon which will be occurring September 16th (yes…this is when Kaaboo is going on) from 8 am to noon! It’s three hours of yoga to help raise money for yoga teacher training scholarships!

You are obviously a very active and healthy human, so have any tips for us beer drinking humans and aliens?

It’s all about balance and recognizing enjoyment vs. excess. There is a huge difference between enjoying a few beers after work and slamming two pints before heading out to a bottle share.  Eating at home is a big thing too since it’s so easy to have a couple beers and go scarf down a huge burrito.  Also, get outside! Like I said before, we live in one of the most beautiful cities in the world!  Go hike, surf, walk the beach, whatever gets you outside — do it.

Is there anything you would like to see change in the beer industry?

I would love to see breweries put more resources into their people. It’s a tough industry because so many breweries are small-businesses, so any money you have naturally goes into beer and marketing it. If you put money in your people only good things can happen.

Favorite breweries besides (Second Chance of Course): Ale Apothecary for the out of state choice. For San Diego; Council, Pure Project, Modern Times and all the others.

If you would like to learn more about Second Chance Beer Company visit their:

Kelly Cashman A fine beer may be judged with only one sip, but it's better to be thoroughly sure.
Related Posts 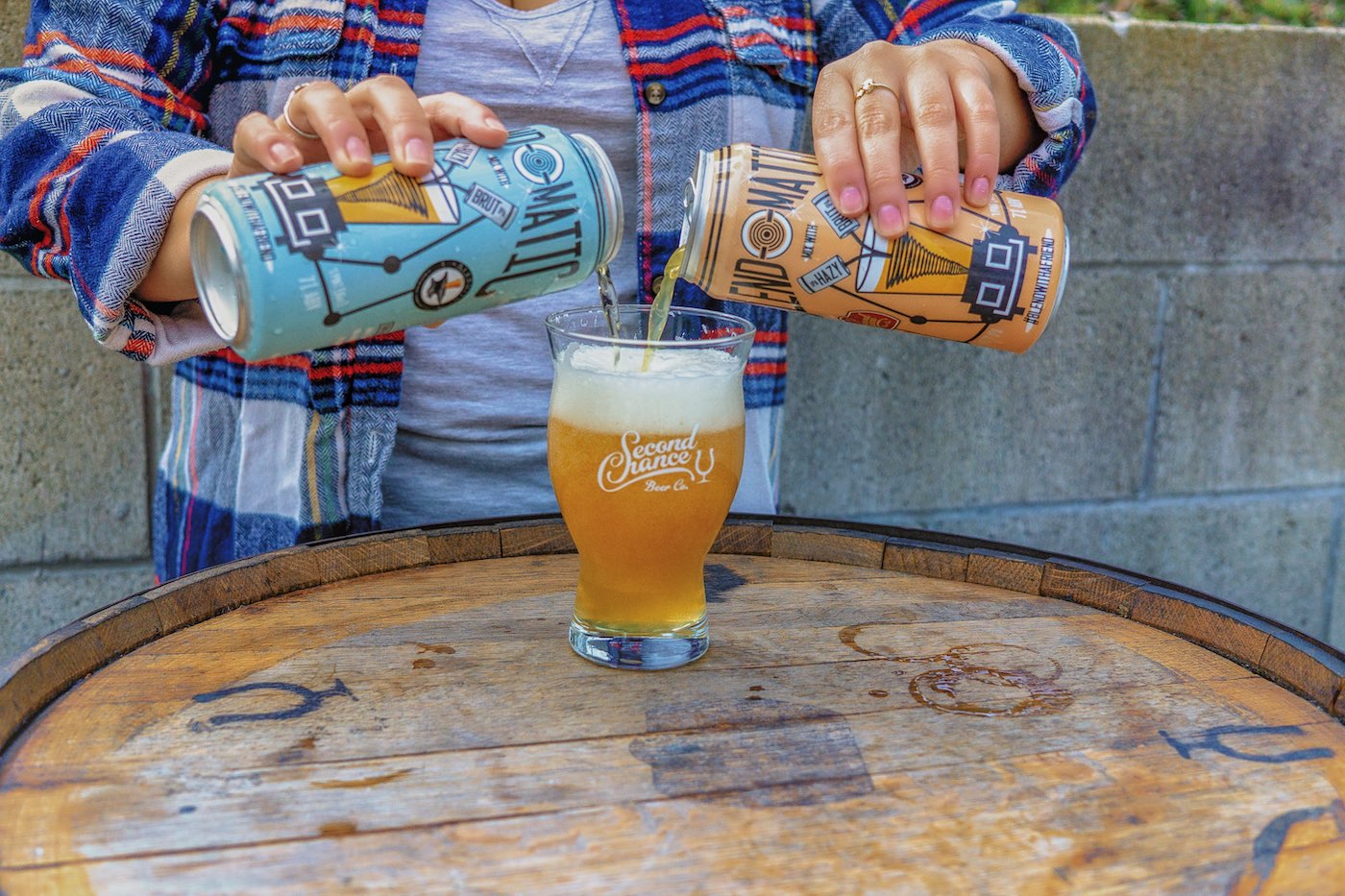